It’s officially World Porridge Day!   Here’s a recipe for a super tasty, super quick hot seasonal fruit and oat based breakfast that I created for pre food tour days! I love that there are so many incredible recipes available that create mouthfuls of delicious, super healthy grain based satisfying meals for anytime of the day.

Such versatility is showcased each year at the World Porridge Championships held in Carrbridge in the Highlands which were held here in Scotland at the weekend. This year with it being the official ‘Year of Young People’ in Scotland there was for the the first time a specific Junior Award. Well done Lynn Munro! Young or old, I bet most entrants to the Porridge Championships didn’t have entering a porridge making competition (now in its 25th year) as one of their life’s must do’s, but there you are. The Scots have some catching up to do though! The Swedes are on fire winning the top ‘Golden Spurtle’ prize in the past two years. Congratulations to this year’s joint winners Calle Myrsell and Per Carlsson on lifting the 2018 trophy.

As one of the oldest breakfast dishes known to man and a dish as intrinsically known to Scotland as a haggis, the humble oat continues to be one of our national larder items enjoying a return to fame, which began in the early noughties when the low carb/GI diets took hold, I look forward to seeing next year’s award winning entries.

Of course, in much the same way a Scottish child would be called in by his mother for his ‘Kale/Kail’ when referring to any meal – given it was served so often, now too the term ‘porridge’ refers to a multitude of grains (usually served in bowls). Ranging from oats, quinoa, buckwheat, millet, cornmeal/polenta, rice and more, super-charged with various other healthy (or in some cases not so healthy additions) the days of Scots hearing the word porridge and thinking oats with salt or ‘shock horror’ sugar are long gone.

So lift up your spurtle (no it has nothing to do with a kilt!) and get stuck in. Here are some of my favourite more contemporary recipes that should help provide you with some inspiration.  Post your images of your finished dishes via our social media channels. We’d love to see them and if you’re feeling really inspired get entering the championships yourself next year!

I make this recipe because I need something really easy in the morning before I head out on a food tour and because I have a plum tree which yields very generously each year!  This makes enough for 2 good sized servings, but I often make 2 or 3 days worth of plums in advance and store them in the fridge.

500ml water (plus more for soaking)

Half teaspoon of salt

Sticky Plums:
120g ripe plums – cut in half and the stone popped out

Toasted and chopped almonds or hazlenuts (made in advance)

Soak both types of oatmeal in water overnight (cover over by about 5 cm). In the morning drain and rinse the oats and put them into a heavy bottomed pot. Add the water, milk and salt and bring to a boil. Simmer and stir for approximately 10-15 minutes. The porridge should be have absorbed most of the liquid, yet be loose but not gluey.

Heat the oil in a pan. Add a splash of maple syrup and stir for around 30 seconds. Tip in the plums and heat for a few minutes until heated all the way through.

Spoon the plums over the porridge when still hot and top with the almonds. 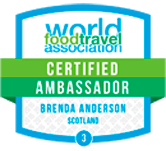 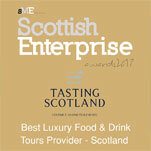 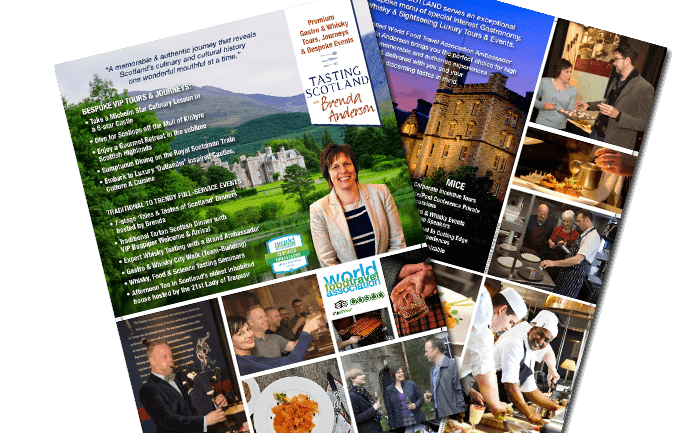